It is not even a week to go, until CORE will be presented at the OAI7 Workshop in Geneva. This will provide networking and dissemination opportunities. CORE is now in the phase of heavy testing and bug fixing. We are working towards being able to roll it out to more repositories and are including more data frequently. The poster presents the main objectives of the CORE system and the three applications developed on top of CORE, i.e. CORE Portal, CORE Mobile and the CORE Plugin. While the first two applications are already operation the last one will be released by the end of July. The CORE poster can be downloaded here. 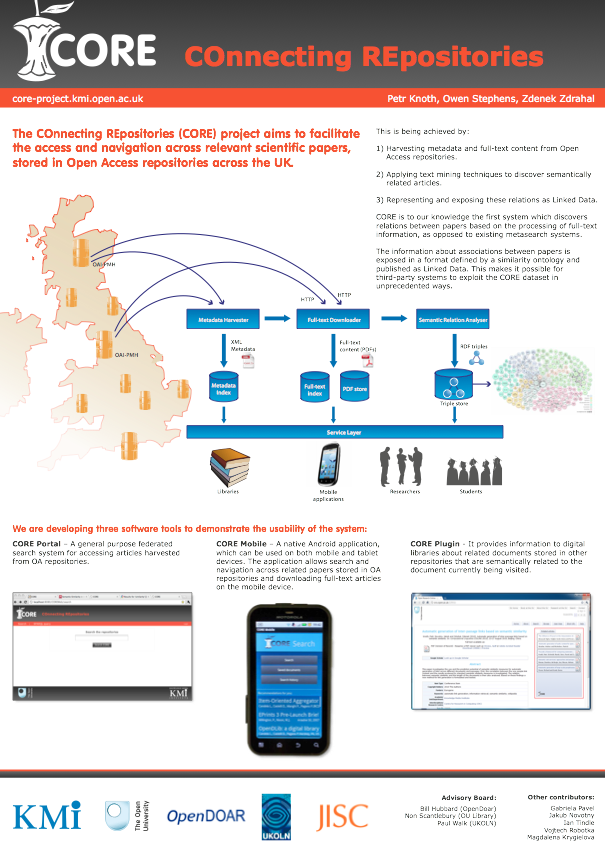